Some call it stories. Others call it a blog. But here you will find nuggets of goodness to use and -- you guessed it -- SHARE! 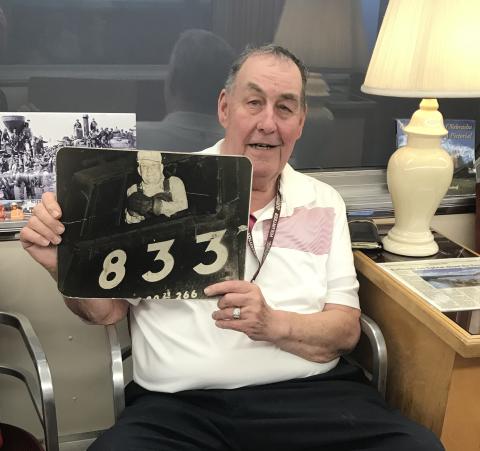 Not only that, he was even a passenger on that train as a child in August of 1947. With the exception of the carpet, “This car is the same as what I saw in August of ’47.”

“This is the best gig I’ve had in my entire life, and I’ve had some pretty good ones,” says Jack.

Jack can’t be at the Museum every hour and fellow train enthusiasts are always needed to serve as Train Car Hosts. Jack would be happy to share a story or two that you can recount.

Mark, a Durham Museum Gallery Guide volunteer, enjoys when the temporary exhibits allow him to interact with guests. Each new exhibit theme draws someone new to the Museum and Mark is looking forward to the Tyrannosaurs: Meet the Family exhibit opening June 8th. As the exhibits change, Mark keeps volunteering.

“The biggest reason to volunteer is to keep an active lifestyle. If you choose to just sit on your fanny, I guarantee you’ll kick the bucket long before you want to,” says Mark.

There’s a place for every type of volunteer at the Durham Museum. You can relate stories as a Docent, greet with a friendly smile as a Welcome Desk Volunteer or help facilitate Fossil Fridays. Check out 15+ ways to volunteer at The Durham Museum now.
Share With Us!